Fair Fight is challenging Georgia’s unconstitutional elections policies and procedures in a historic federal lawsuit against the Georgia Secretary of State and Board of Elections.

We are seeking reforms to Georgia’s election management

The “Consolidation” of Precincts

Absentee Ballots and Provisional Ballots are fairly and consistently treated 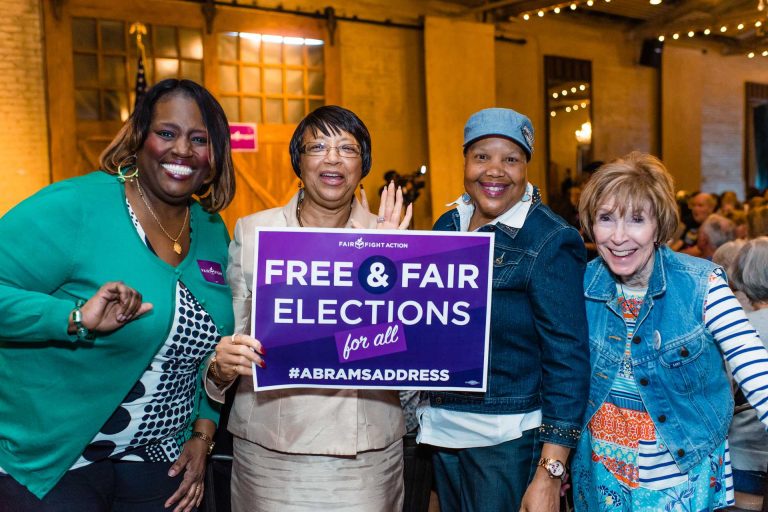 There is a systematic breakdown of democracy in Georgia; our state has a history of neglecting its elections infrastructure and suppressing the votes of people of color. After the Voting Rights Act was weakened in 2013 by removing federal pre-clearance requirements for elections system changes, Georgia has been cited as the most aggressive state in enacting voting barriers reminiscent of Georgia under Jim Crow.

These injustices cannot continue. In November 2018, Fair Fight Action, together with Care in Action, filed a sweeping federal lawsuit against the Secretary of State’s office and the State Election Board challenging their actions and inactions that has led to the disenfranchisement of Georgia voters and targeted communities of color in particular. The suit seeks to have the court stop the state’s unconstitutional actions.

Our lawsuit argues the three fundamental stages of voting have been tainted by severe misconduct.

We are seeking reforms to Georgia’s election management.