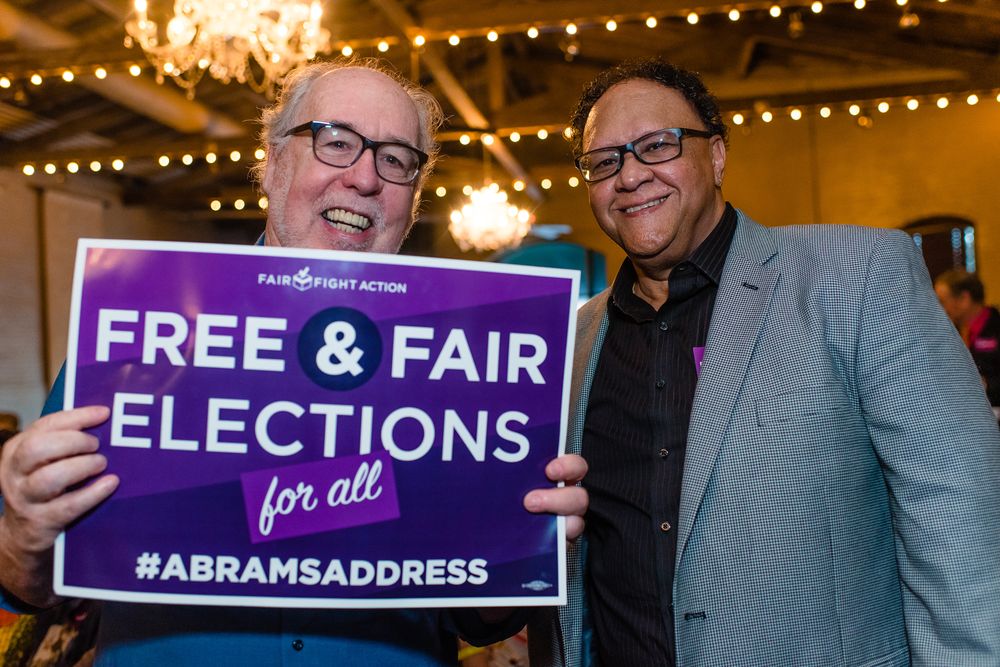 We promote fair elections around the country, encourage voter participation in elections, and educate voters about elections and their voting rights. Fair Fight Action brings awareness to the public on election reform, advocates for election reform at all levels, and engages in other voter education programs and communications.

Voter suppression, particularly of voters of color and young voters, is a scourge our country faces in states across the nation. Georgia’s 2018 elections shone a bright light on the issue with elections that were rife with mismanagement, irregularities, unbelievably long lines and more, exposing both recent and also decades-long actions and inactions by the state to thwart the right to vote. Georgians and Americans are fighting back, and Fair Fight Action was founded to organize collective efforts to expose, mitigate, and reverse voter suppression. We engage in voter mobilization and education activities and advocate for progressive issues.

Fair Fight PAC has initiated programs to support voter protection programs at state parties around the country and is engaging in partnerships to support and elect pro-voting rights, progressive leaders.

I'm making it my mission to advocate for free and fair elections. Join our fight to ensure access to democracy for all.
— STACEY ABRAMS

By providing your cell phone number, you consent to receive periodic text messages and telephone calls using an automated telephone dialing system and/or prerecorded messages from Fair Fight, Fair Fight Action, and our partners with updates about the organizations and important information. Text STOP to cancel, HELP for help. Message and data rates may apply. Privacy policy.