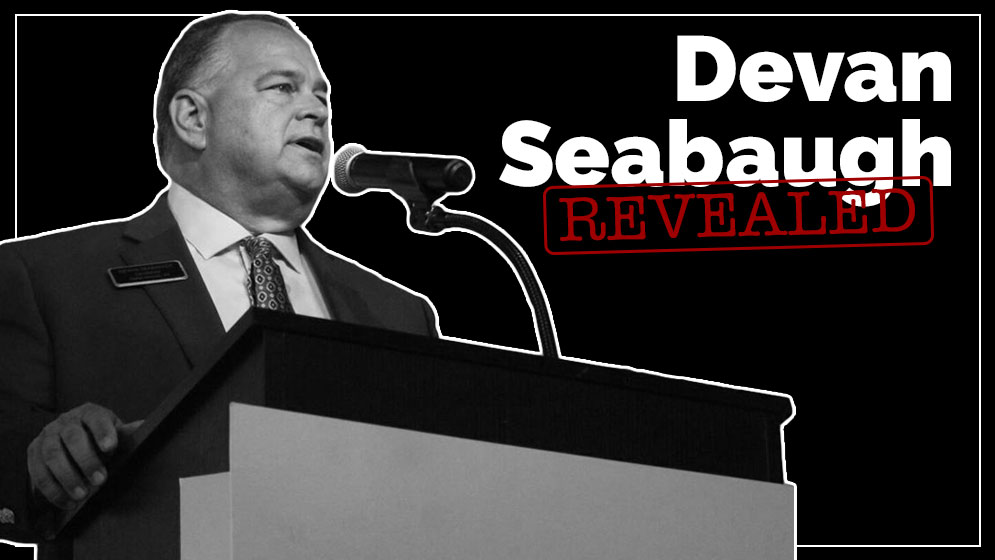 Devan Seabaugh is the wrong choice for Georgia voters in House District 34. From his extreme positions on voting rights, reproductive freedom, and common sense gun safety to his shady corporate ties and history of pay-to-play government handouts, Seabaugh can’t be trusted to put Georgians first in office.

Devan Seabaugh cannot be trusted to oversee our electoral process. He is a fervent supporter of SB 202, legislation which restricts access to the ballot box for Georgia voters and gives the state legislature the ability to take over local elections — the same legislation that has prompted a U.S. Department of Justice lawsuit over its anti-democratic regulations.

Seabaugh says that he opposes “government dependence,” but his company has relied on government contracts that were given by political allies for years. Seabaugh is a Vice President for Metro Atlanta Ambulance Service, which is frequently given contracts by government entities which their own employees are involved in.

In 2012, the Atlanta Journal-Constitution reported that while Metro Atlanta’s CEO was serving on the governing body that awarded EMS contracts for Cobb county, Metro Atlanta’s contract with the county was renewed twice without opening it to competitors.

House District 34 deserves a representative that shares the values of hardworking Georgians who don’t work the system to fatten up their bottom line. If elected, Seabaugh will take the same pay-to-play mentality into the State House.

Our country has suffered through tragic mass shooting after mass shooting, including right here in Georgia. Yet despite this violence, Seabaugh opposes common sense gun safety measures, saying “under no circumstance will I support any legislation to restrict firearm permits or sales.” We need more leadership that will keep us safe — Seabaugh’s pledge isn’t just wrong, it is dangerous for Georgia.

Georgia Republicans have consistently attempted to strip women of their right to choose and Seabsaugh is no exception. Instead of standing up for women’s fundamental rights, Seabaugh has pledged to support all bills that would eliminate the right to choose “without apology.” Georgia nearly lost thousands of jobs after passing its extreme abortion ban HB 481, and electing Seabaugh would continue to jeopardize our economy while undermining women’s access to basic reproductive health care. Georgians deserve leaders in the state house that trust them with their own medical decisions — not the government.